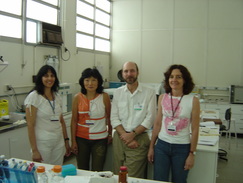 My research has focused on how culture shapes individual behavior, and how that in turn is associated with individuals' risk of poor health.  My research career has followed a trajectory that can be traced through a series of linked research projects.  These are described below.  (Note that nearly each major project is described by a name.  Most of these are derived from the title of the grant proposal that funded the project, and often from its Portuguese translation.)


Project GECA - The data for this project were collected between 2011 and 2014.  The aim was to contribute to the study of gene-environment interaction and mental health.  We examined how cultural consonance mediates the interaction of environmental events and circumstances and genetic polymorphisms that are linked to the responsiveness of individuals to the environment.   Also, the stability of cultural models over a period of ten years was examined.  This research was carried out in Ribeirão Preto, Brazil, in collaboration with Profs. José Ernesto dos Santos and Mauro C. Balieiro, with substantial assistance from Prof. Wilson Silva, Jr.  It was funded by the National Science Foundation.  We are still actively analyzing data and publishing the results of this study. 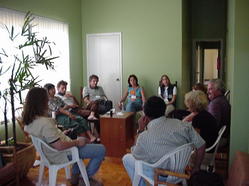 Project CADI - This project was carried out between 2001 and 2004.  The aim of the project was to refine an understanding of the concept of cultural consonance and how it was related to cardiovascular, psychological, immunological, and morphological outcomes.  This study was based on what I regard as a very powerful mixed-methods research design that linked traditional ethnographic techniques, the systematic ethnographic techniques of cultural domain analysis, and survey research.  The study was conducted in Ribeirão Preto, Brazil, in collaboration with Profs. José Ernesto dos Santos, Mauro C. Balieiro, and Rosane Pilot.  It was funded by the National Science Foundation. 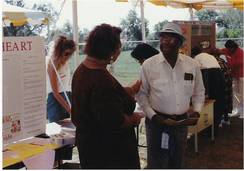 Project HEART - This research was conducted from 1993 to 1996, in collaboration with Profs. James R. Bindon and Yasmin Neggers, and Ms. Arngenel Wells.  The study examined intra-community variation in the risk of cardiovascular disease in the African American community of Tuscaloosa, Alabama.  The aim was to examine social, psychological, cultural, and dietary factors associated with high blood pressure and serum lipids.  It was funded by the National Heart, Lung and Blood Institute of the National Institutes of Health. 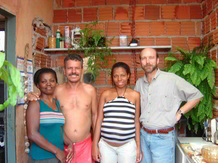 Project SEPA - Data for this project were collected from 1991 to 1994.  It was in this study that the concept of cultural consonance was first developed and identified as a significant correlate of blood pressure, depression, and body mass.  It also provided the foundation and model for subsequent research described above (Project CADI and Project GECA).  It was the second study on which I collaborated with Prof. José Ernesto dos Santos, and the first in which I worked with Profs. Mauro C. Balieiro and Rosane Pilot.  The research was funded by the National Science Foundation.

Project PRECAVAS - This was a multi-site study of the nutritional correlates of cardiovascular disease in developing countries, directed by Dr. Fernando Viteri, funded by the Pan-American Health Organization, and carried out between 1984 and 1988.  I was brought onto the project to develop measures of stress and coping that were cross-culturally reliable and that could be used in combination with measures of dietary intake as predictors of cardiovascular disease risk.  In this project I had the opportunity to work in Jamaica (with Prof. Gerald Grell), Mexico (with Dr. Adolfo Chavez), and, for the first time, with Prof. José Ernesto dos Santos in Brazil.

Project WRAP - This study was conducted in the African American community of Tuscaloosa, Alabama, from 1980-1985.  It actually consisted of two sequential, linked projects.  The aim of the research was first to examine social, psychological, and cultural correlates of depressive symptoms, and then to extend that research to blood pressure.  This study was supported by the Center for Minority Group Mental Health of the National Institute of Mental Health. 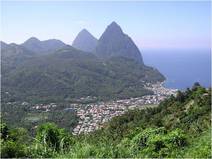 Dissertation research - I conducted research for my Ph.D. dissertation from 1976-1978.  Data were collected in the town of Soufriere in St. Lucia, one of the Windward Islands in the Caribbean.  The aim of the research was to examine how social and economic change over the previous two decades had shaped the stressors that individuals experienced, along with strategies for coping with those stressors, and how these factors were associated with the risk of high blood pressure.  Funding was received from the Connecticut Research Foundation and the University of Connecticut Health Center.